The place is called Baroutadiko. Barouti is the Greek word for Gun Powder. So Baroutadiko is the place that Gun Powder is produced.
The area is 134 square kilometers.
There, for almost 100 years (from 1874 to 1965) where located the Greek Gunpowder Company which was one of the biggest industrial units of Greece.

Five years after cease of operations (1970), the area was owned by the Greek government. Many buildings were demolished and the area became a park including schools, athletic establishments and Technical University of Athens. Aigaleo parkland is the biggest area of green in West Athens. A sculpture for National Resistance, reminds the souls lost in 29 of September of 1944 during Baroutadiko Battle.

The only construction remaining from the old days is the blast furnace funnel in the middle of the park. Funnel is considered a protected landmark. 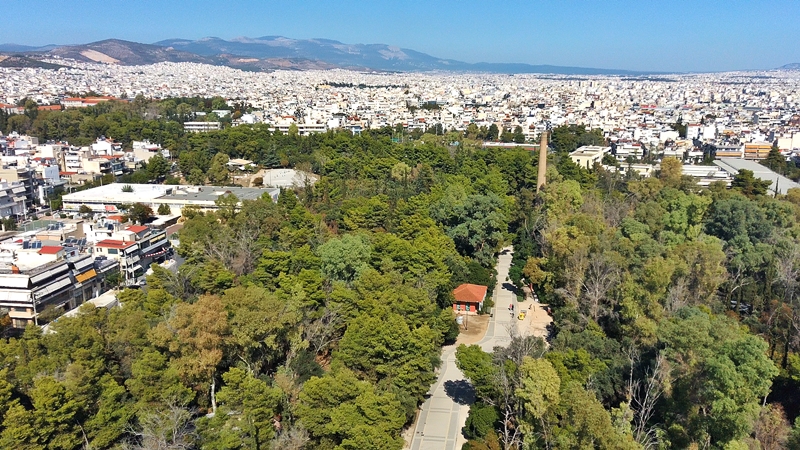 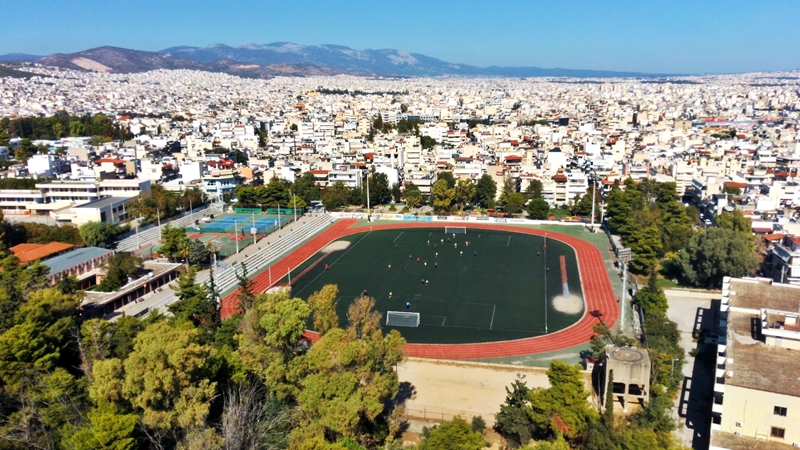 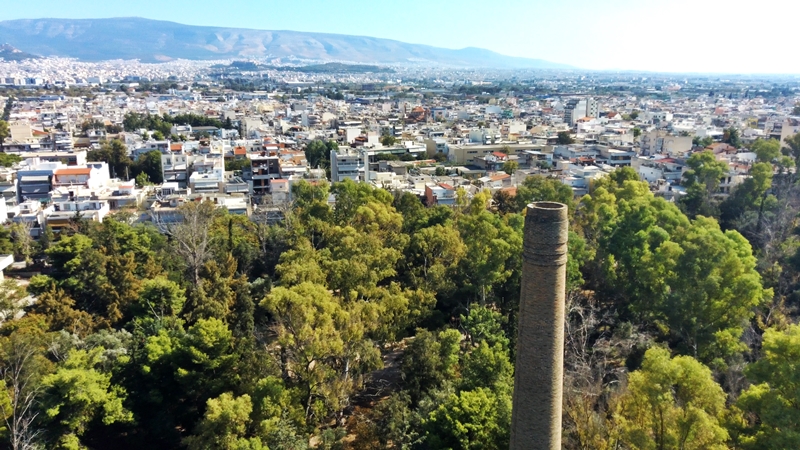 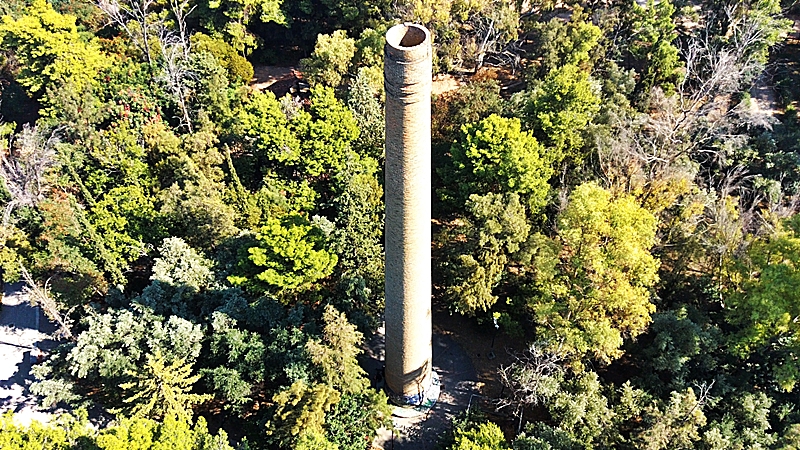 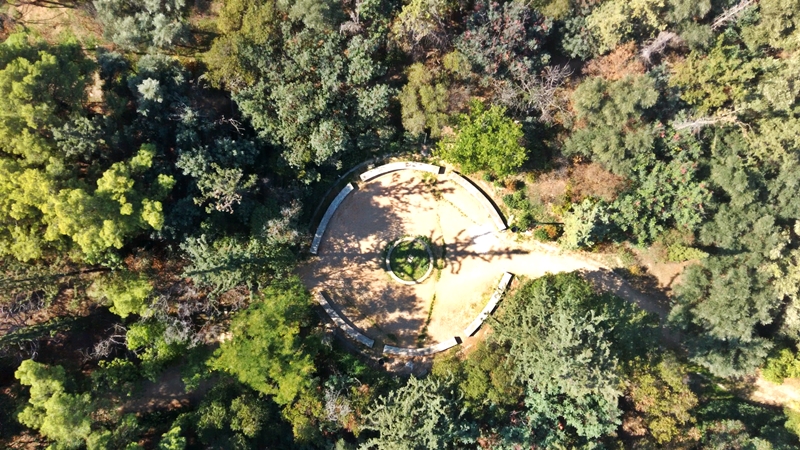 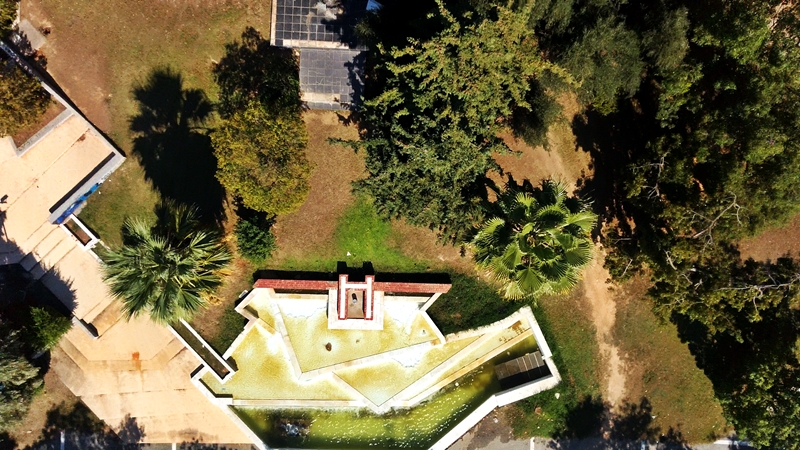